Visit the capital's fourth most-visited museum, dedicated to the natural world's past, present and future.

The ZSL London Zoo is a magical place with an awe-inspiring history, the world's oldest scientific zoo. 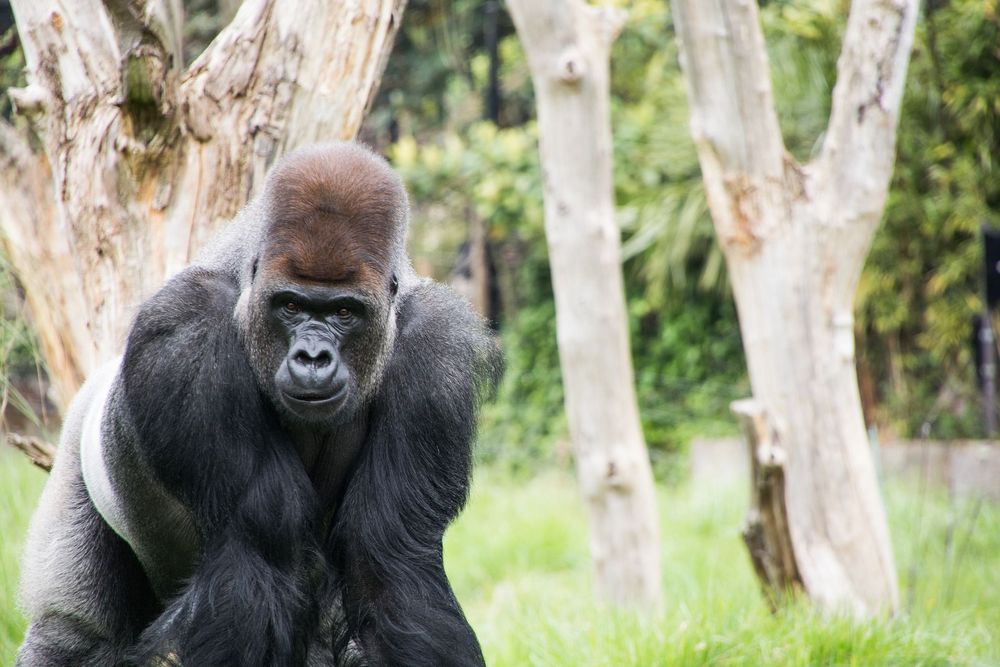 The ZSL London Zoo is a magical place with an awe-inspiring history, the world’s oldest scientific zoo. It started life in the 1820s, originally as a collection for scientific study, and eventually opened to the public in 1847. These days it’s an internationally respected conservation charity with a vital vision to create a world where wildlife thrives. It’s a record breaker in so many ways – home to the first ever reptile house, built in 1849, plus the first public aquarium in the 1850s, the very first insect house in 1881, and the world’s first children’s zoo in 1938. These days more than one and a half million of us visit London zoo every year.

You could easily spend a day or two exploring this remarkable attraction. If you’d like to base yourself in the local area, why not take a look at our selection of comfy, clean, friendly easyHotels in the Paddington area.

It’s a great source of cheap hotels near London Zoo.

Charles Darwin visited in 1838 and was astonished by an orangutan. He came back twice, and it’s thought the experience inspired his work on evolution.

The Casson Pavilion used to be the elephant house. You can go in at ground level but there’s also a creepy secret basement, apparently lined with crumbly old zoo posters. How exciting!

A photo of the Quagga, a kind of zebra, was taken at London Zoo in 1864. It’s the only known photo and the animals finally became extinct in 1883.

The aquarium was built in 1921 under the ‘Mappin Terraces’. They act as a clever water filtering system, created for the different types of fish – tropical, saltwater, and freshwater – housed in the aquarium. The sea water in the saltwater section originally came from the Bay of Biscay, delivered via barges via Regent’s Canal next to the zoo. Later the water was brought in by road from the North Sea.

London Zoo has been home to some internationally famous characters including Winnie the Bear, Guy the Gorilla and Jumbo the elephant. In fact there was no such word as ‘jumbo’ in the English language before the famous elephant arrived.

During the 1840s the zoo held the first ever dog show, long before Crufts existed. The details of the event are lost in the mists of time, but the exhibit included exotic dogs from around the world. St Bernards from Switzerland stole the show – apparently, their sheer size and fluffiness caused a sensation.

Like many British zoos, London Zoo sent its sea lions away for training during World War One in an attempt to teach them to detect submarines. Luckily by the time they were trained new hydrophone technology had been invented, and they could be sent back home to the zoo.

You might be surprised to see very few of the animals are in cages. It’s much more free and easy, with brilliant opportunities to interact with creatures up close and personal, in walk-through enclosures like Meet the Monkeys and Butterfly Paradise.

London zoo is home to at least 700 different species.

Here’s everything you need to know about the practical side of a visit to London Zoo.

Ticket prices can vary during peak times, and you’ll pay a little more if you purchase tickets on the day. Additionally, you can choose to add a 10% donation when buying your tickets, which helps to fund the zoo’s conservation efforts in the UK and abroad.

Gate and online price within two days of your visit, excluding a voluntary 10% donation:

London Zoo opening hours are simple enough, from 10am every day except Christmas Day when it’s totally closed. The closing times vary in the winter so it’s best to check the zoo website for winter closing times.

What to see at London Zoo

There’s so much to see at London Zoo.

There’s more to do at London Zoo, with fun at feeding times and shows throughout the day:

Did you know you can have a picnic at London Zoo? Very cool. They also have snacks at the Aquarium kiosk, the Animal Adventure Cafe near the Animal Adventure children’s zoo and the Terrace Restaurant with its tasty stone-baked pizza, lasagne and curries. But there are also some excellent places to eat around the London Zoo. Here are five of the best:

How to get to ZSL London Zoo

Here’s how to get to London Zoo.

Walking: Grab yourself an A-Z guide or download a London walking app and you’ll discover much more of the capital by taking a stroll to London Zoo from any direction.

Underground: The nearest Underground station to ZSL London Zoo is Camden Town, a 10-15 minute walk away. Go out of the station, turn right, cross over the road and walk along Parkway for five minutes-ish and you’ll see plenty of signs to the zoo. Alternatively, take a 20-minute walk from Regent’s Park tube, or take the tube to Baker Street then the 274 bus to Ormonde Terrace.

By water bus: The London Waterbus Company runs boats along the Regent’s Canal between Camden Lock or Little Venice and the zoo, an extra-fun way to travel.

By bus and overland train: You can take a bus from Euston, the closest mainline railway station. Stop G is where you catch the 253 to Camden High Street, and from there you can either walk or take the 274 bus. You can catch an overland train to London Victoria then take a C2 bus to the zoo, which also stops at Oxford Circus, Great Portland Street and Gloucester Gate.