Check out our guide for one of the country's most legendary sporting and entertainment destinations, the mighty Wembley Stadium.

The O2 Arena has been home to hundreds of incredible gigs, concerts, sporting events and other kinds of entertainment it puts on, delighting millions of people from across Britain and the wider world. 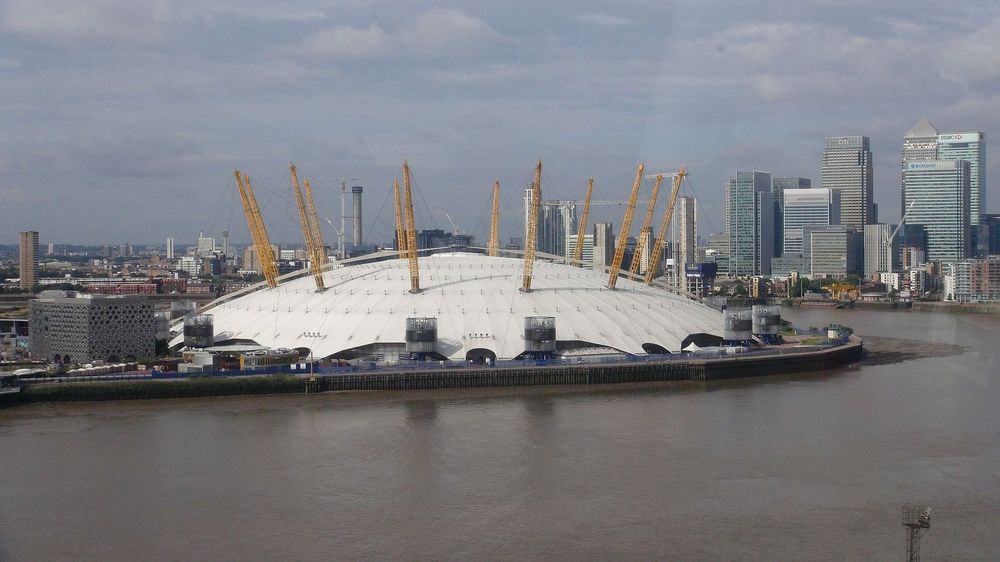 The advent of the year 2000 was an incredible thing, something people all over the world celebrated. More or less every country created its own memorial. The UK’s was the Millennium Dome.

The original Millennium Dome is now called the O2 Arena, cleverly turned into a monster of a multi-purpose entertainment complex. This extraordinary building has been home to hundreds of incredible gigs, concerts, sporting events and other kinds of entertainment it puts on, delighting millions of people from across Britain and the wider world. No wonder the O2’s a bit of a legend. The X Factor arena tour played here, a fabulous event, as did the Brit Awards and ATP Tennis Tour Finals. It seats the second-biggest audience in the nation, with great views all round. Sometimes it’s an ice rink, sometimes it’s a basketball court – it’s been engineered for fast transformations. It’s also a superb classical concert venue. Some of the finest bands on earth have played here, along with superstar comedians, TV spectaculars and family shows.

You want to stay somewhere convenient for the O2 Arena? Try our smart, comfy easyHotel Old Street or easyHotel Victoria.

The 02 arena puts on events throughout the day and evening, and it’s open between 9am and 1pm every day for a wide range of fun activities, experiences and events.

If you’d love to see a top international or national boxing match live, in the flesh, they do it. If you love British basketball, it’s here. World-famous musicians and bands play here, and a huge variety of stage shows for all the family. You can also enjoy Indigo at the 02 for everything from family entertainment and sport to music, exhibitions, cinema, comedy, a Bluesfest, and the marvellous Stone Free Festival. There’s also Hollywood Bowl, Mamma Mia! The Party, the 02 Blue Room and the Game of Thrones Iron Throne. Plus shopping at the popular Icon outlet, and loads of places to eat and drink.

The cinema at the 02 is quite an experience. This isn’t just any old cinema. Cineworld is close to being the capital’s biggest, including 4DX, VIP, ScreenX and Superscreen. 4DX is extreme sensory cinema, complete with moving seats and rich in surprisingly realistic special effects like water, wind and smells, enhanced with really cool lighting.

The VIP area has a smart lounge, gorgeous free food, unlimited cinema snacks and drinks, all in a lovely little screening room with luxury recliner seats. Such fun. ScreenX comes with astonishing 270 degree projection so good you feel like you’re actually there. And Superscreen’s multi-dimensional sound, from massive speakers turned up to eleven, is unforgettable.

Up at the O2 – Want to climb the O2? Up at the O2 is not for the faint hearted. It takes you on an exhilarating hour and a half climb high up over the roof of the venue for breathtaking vistas across London. They provide the kit – the climbing suit, boots, harness and safety equipment. You tackle the dizzying walkway with an expert guide. You’ll see ancient Greenwich from a new angle, enjoy Olympic Park and Canary Wharf from above, and fall in love with the spectacular 360 views. It’s open day and night.

Sky Studios – An interactive TV set where the camera rolls for real and you play the starring role, thanks to Sky VR. 360 degree videos that place you bang in the middle of the action.

Oxygen Freejumping – An incredible Trampoline Park including two floors of unlimited fun: a dodgeball court, proper professional trampolines, a Ninja Warrior obstacle course, the Airventure high ropes course and more. There’s a cafe too. And you can have your birthday party here. H

What restaurants are in the O2?

Eating at the 02 is a pleasure. There’s a choice of eateries and bars, which can get full fast when there’s a big event on. For burgers, there’s Five Guys, Byron and the Gourmet Burger Kitchen. There’s Spanish food and Brazilian cuisine, Pizza Express, Nandos and Garfunkels, and the NY-LON Bar is your first stop for posh cocktails. There’s an All Bar One as well, and you can start your big night out at the Slug and Lettuce.

How to get to the O2

Walking – how to get to the 02 on foot? Walk along the banks of the mighty River Thames for a fascinating journey through time including ancient wharves, the sites of grisly gibbets, smart riverside developments, the Tower of London, and beautiful riverside parks.

Underground – North Greenwich underground is just around the corner, on the Jubilee line.

Train – The closest mainline railway station is Charlton. You get the 161, 472, or 486 bus to North Greenwich underground from there, 300m from the venue.

River – The MBNA Thames Clippers River Bus Express is yours from the London Eye and London Bridge piers, a 35 minute trip from O2. If you like, you can bring your own bottle.