Visit the capital's fourth most-visited museum, dedicated to the natural world's past, present and future. 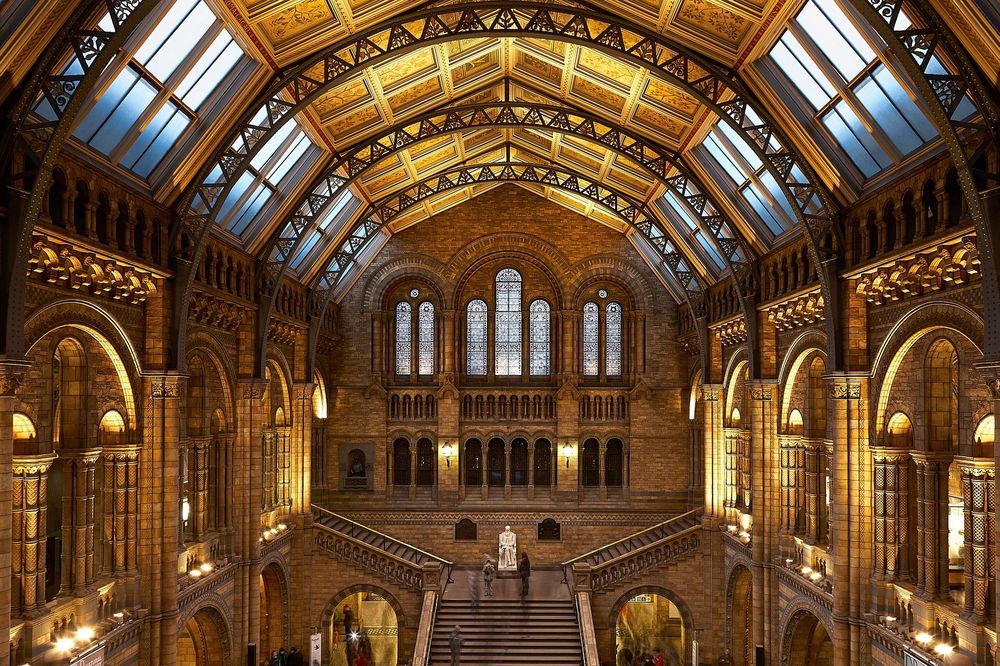 With more than five million visitors every year, the Natural History Museum is the capital’s fourth most-visited museum, not far behind the British Museum, Tate Modern and National Gallery. The building started in 1873 and to this day its purpose remains the same: to challenge how people think about the natural world’s past, present and future.

The museum is also dedicated to scientific research, a world-class research centre, and right now they’re planning an awe-inspiring new look for the spaces outside the building. Their website is always stacked with fascinating science news, based on the latest research, and they also hold a variety of exhibitions, including Wildlife Photographer of the Year and art exhibitions, behind the scenes tours and free Nature Live shows every Friday, Saturday and Sunday. There are regular late-night events to enjoy, including an all-night sleepover for adults, and they even hold a silent disco under Hope, the massive whale in the main hall.

If you’d like to place the museum at the heart of your visit to London, why not stay in one of our nearby easyHotels? The nearest easyHotels to the Natural History Museum are our South Kensington hotel and our Paddington hotel. We’ll see you soon!

What time does the Natural History Museum open and close?

What to see at the Natural History Museum

What is the Natural History Museum London price for entry? It’s amazing… but it’s actually free. You can spend all day here and entry won’t cost you a penny except when there are extra charges for new exhibits. If there are 10 or more of you and you want to visit during busy times, you can book a group ticket for a dedicated time of entry and avoid the queues.

The Natural History Museum isn’t broken down into floors but has been turned into zones, each with a different focus.

The Natural History Museum is open from 10am to 5.30pm most days. The last entry time is half-past five and it’s closed every year from 24th – 26th December for Christmas.

Where is the Natural History Museum in London?

How to get to the Natural History Museum London? It’s so central you won’t have any problems.

Walking – This is one of the most exciting and attractive areas to walk and explore, the perfect way to find out more about this grand city than you possibly could using public transport or in a car. Grab an A-Z or an app and give your legs a treat!

Underground – Your closest underground train station is South Kensington, with access to the District, Piccadilly and Circle lines. It’s just five minutes’ walk from the museum’s Exhibition Road entrance. Gloucester Road tube is also handy, on the same tube lines, and is also just 5 minutes’ walk away, this time from the Queen’s Gate entrance.