Camden Market is one of the most eclectic and vibrant areas in London. It’s stacked to the rafters with cool shops, must-visit live music venues, brilliant pubs, and more.

Borough Market is one of the most popular places to visit in London, especially if you love your food. 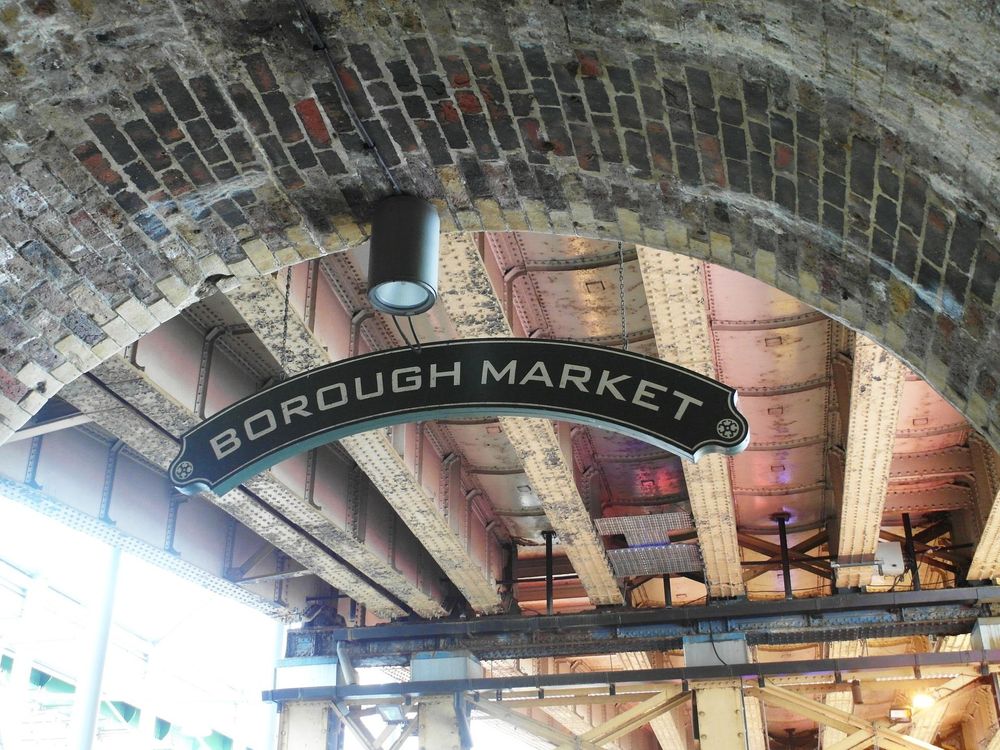 Borough Market is one of the most popular places to visit in London, especially if you love your food. The market was set up in 1885, in its own magnificent building, and it is one of the capital’s most renowned markets for artisan food and fresh organic produce. But its history goes back a thousand years or more!

It smells heavenly, it looks gorgeous, and the foods on display look delicious, especially the piles of super-fresh fruit and veg. You can buy anything there from beautiful pastries and cakes to seafood and fine quality meats, and there are some great places to eat and drink as well.

If you’re searching for great value hotels near Borough Market our easyHotel Old Street hotel is a prime destination for comfort, cleanliness and convenience.

Borough Market holds a regular Cookery Club event, designed to delight everyone who loves good food, great cookbooks and convivial company. Their ‘Young Marketeers Summer Sale’ is all about local school children trading their school-grown fruit and veg. And the market’s Demo Kitchen hosts innovative cookery classes and events. The Food Futures event showcases solutions to the world’s biggest food challenges. You can even buy tickets for exciting specialties like Gastrotours and Trader Workshops.

Where to eat and drink in Borough Market

If you’d like a recommendation for an excellent Borough Market restaurant, try the Richard Haward oyster stall in the market or, for superb Indian food, head to Gujarati Rasoi at London Bridge. The best Borough Market pubs and Borough Market bars include Bedales of Borough Market at 5 Bedale Street, sellers of an entire world of wines, charcuterie and cheeses.

There’s the Arabica Bar and Kitchen at 3 Rochester Walk, serving exceptional Middle Eastern dishes, and Tapas Brindisa at 18-20 Southwark Street, home of epic tapas. If you’re wondering where to eat in Borough Market and you want to keep things casual go for Bread Ahead’s awe-inspiring donuts or The Rake pub, owned by the same cool folk who run the massive wine and beer stall in the market itself. Bread Ahead also offers regular bread baking classes.

Getting to Borough Market

How to get to Borough Market? Being central and close to London Bridge it’s very easy to get to.

Walking – Head south over London Bridge and enjoy a wonderful stroll taking in some of the city’s most fascinating views. You’ll see, hear and smell things you’d never encounter on a bus or tube, and you’ll probably be surprised how easy it is to get from A to B on foot.

River – You can take a Thames River Cruise to your favourite markets, including Borough Market.

Bicycle – There are secure bike racks on Jubilee Place and you can hire a Santander bicycle on Southwark Street or Park Street.