The Best Museums in Berlin

From historically important buildings and art museums to must-see memorials, discover our guide to the best museums in Berlin and satisfy your cultural curiosity. 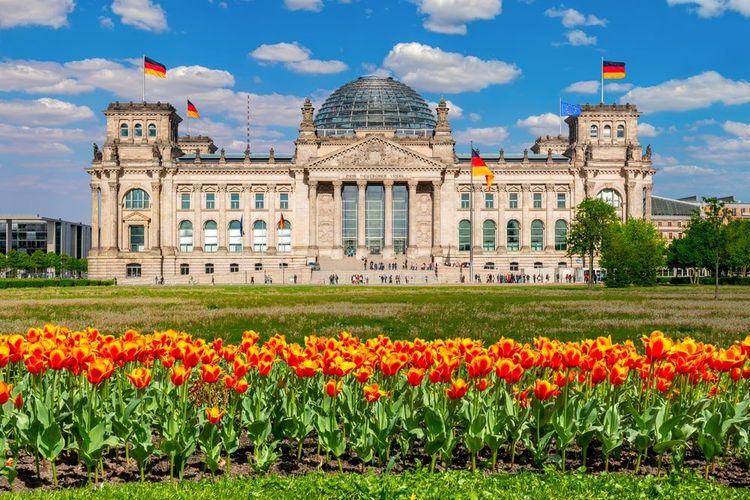 If you are a museum enthusiast, then a trip to Berlin will not leave you disappointed. A city with such rich history and cultural importance, Berlin is brimming with excellent museums to visit.

1: Marvel at the Architecture of the Reichstag

The Reichstag is an important building in the city as it is home to Bundestag – the lower house of Germany’s parliament. The building is instantly recognisable by its iconic architecture which juxtaposes the original building, built in 1894, with the modern glass dome that sits atop and offers panoramic views of the city.

In addition to immersing yourself in the history of the Reichstag, don’t forget to also factor in time to head up the dome and enjoy the incredible view of the city scape. To go up the dome, you must book in advance which you can do here. The Reichstag is a must-see if you’re in Berlin.

2: Visit the Berlin Wall and East Side Gallery

The construction, and subsequent destruction, of the Berlin Wall was one of the most important events of the late 20th Century. Now almost nothing remains of the wall in its original location, instead tourists should head to the East Side gallery which serves as a memorial and a permanent open-air gallery on the longest surviving section of the Berlin Wall.

The East Side Gallery uses nearly 1 mile of the old Berlin Wall as a canvas for commissioned pieces by artists from all over the world. The art is constantly changing and serves as a reminder of the past but also as a mark of diversity and a celebration of urban art. As one of the most iconic sites in the city, the East Side Gallery is one of the best places to visit in Berlin.

If you are an art lover then Hamburger Bahnof, a contemporary art museum in Berlin, is a must-visit. It is one of the largest and most significant contemporary art exhibitions in the world, including the work of notable artists such as Beuys, Twombly and Warhol. In addition, the museum is also a location of travelling exhibitions and temporary showcases.

Whilst the contents of the museum are enough to make you want to visit, the architecture is also a sight to behold as it is the location of the former Berlin – Hamburg rail station. The station was built in 1846-1847 and is the only surviving terminus building in the city from the late neoclassical era. It is also one of the oldest station buildings in Germany.

Before the horrors of World War Two, Berlin had one of the largest Jewish populations in Europe. The Jewish Museum and Holocaust Museum are important sites to visit, not only to reflect and pay your respects to the countless lives lost, but to learn more about this dark part of history.

The Jewish Museum, opened in 2001, is the largest Jewish museum in Europe. The museum offers a look at the history of Jews in Germany from the Middle Ages up to present day. From exhibitions and collections to digital and educational offerings, there is so much to explore at this museum that you can easily spend a few hours here.

The Holocaust Memorial, or the Memorial to the Murdered Jews of Europe, is a memorial to commemorate the many Jewish people who lost their lives during the war. The unique memorial was designed by the architect Peter Eisenman and engineer Buro Happold and consists of a 200,000 sq ft site covered with 2,711 concrete slabs that are arranged in a grid pattern on a sloping field. Each slab is the same width and length but varies in height. The slabs are organised in rows. The result is both breath-taking yet eerie and serves as a reminder of the tremendous number of deaths.

The Allied Museum documents the political history and military roles of the Western Allies in Germany in the Cold War era between 1945 and 1994. The museum includes both permanent and temporary exhibitions, which the director of the museum hopes spreads the message of ‘democracy, freedom and international cooperation as guarantors of lasting peace’.

The Allied Museum is open 10am-6pm every day, except Mondays, and admission is free of charge – making this a great choice if you want to discover something new on a budget!

Museumsinsel, or Museum Island, is a museum complex on the northern part of the Spree Island in the historic heart of Berlin. It is one of the most visited sights of Germany's capital and one of the most important museum sites in Europe. Museum Island is made up of five different museums that were built between 1824 and 1930 by the most renowned Prussian architects. As a result, the area has been protected since the early 20th century.

Opening hours: Tuesday to Sunday from 10 am to 6 pm, closing at 8 pm on Thursday

The district of Charlottenburg in Berlin is home to Charlottenburg Palace, built at the end of the 17th century and later expanded in the 18th century. Wander around the park where the palace is located, before stopping for a tea break at the Belvedere Tea House which has a view of the River Spree.

The Brandenburg Gate, built in the 18th century, is synonymous with Berlin and is an instantly recognisable landmark – have you even been to Berlin if you haven’t had a picture in front of the gate? What was once a symbol of Berlin and German division in the Cold War, the Brandenburg Gate now represents a nation unified in peace. Don’t forget to factor in some time to get your photo op at this iconic landmark.

Whether you’re in Berlin for a flying visit or spending a few days exploring the city, there are a plethora of incredible historical museums and landmarks to choose. Plan your stay with easyHotel and enjoy your pick of the best museums in Berlin.

From €45.00 / night
subscribe to our newsletter
Top 10 Things To Do In Zurich Old Town

Discover our top 10 things to do in Zurich Old Town and plan your perfect Swiss city break!

Barcelona Nightlife: The Best Party Spots in the City

Discover our guide to Barcelona nightlife and find the best party spots in the city for an unforgettable night.

A Guide to the Seven Best Beaches in Nice

Discover our guide to the best beaches in Nice and plan your perfect beach break.